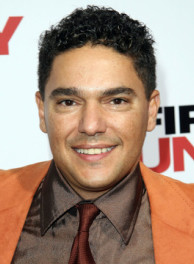 Nicholas Turturro is an American Actor born in New York, New York, on 1962.  His net worth is $5 million. Nicholas Turturro is known for his roles on the TV Hit series NYPD Blue from 1993 to 2000. He later starred as Sgt. Anthony Renzulli on Blue Bloods from 2010 till 2014. Turturro has also starred in big movies like , Do the Right Thing, Mo’ Better Blues, Men of Respect, Jungle Fever, Mac, Malcolm X, Federal Hill, Shadow Conspiracy, Excess Baggage, The Shipment, The Hillside Strangler, The Longest Yard, World Trade Center, I Now Pronounce You Chuck and Larry, First Sunday, Phantom Punch, and Paul Blart: Mall Cop 2. He has made small appearances as well in other prime time tv shows.